We are in December, a cold but romantic month. The Christmas holidays are approaching with that magical atmosphere that puts cities in a different light. The ad hoc decorations, the shop windows and the streets decorated for Christmas, accompany the holidays with a serene and cheerful atmosphere. We, at Vesping, with vespa rental in Barcelona, â€‹â€‹want you to discover how incredible is December to travel to Barcelona. 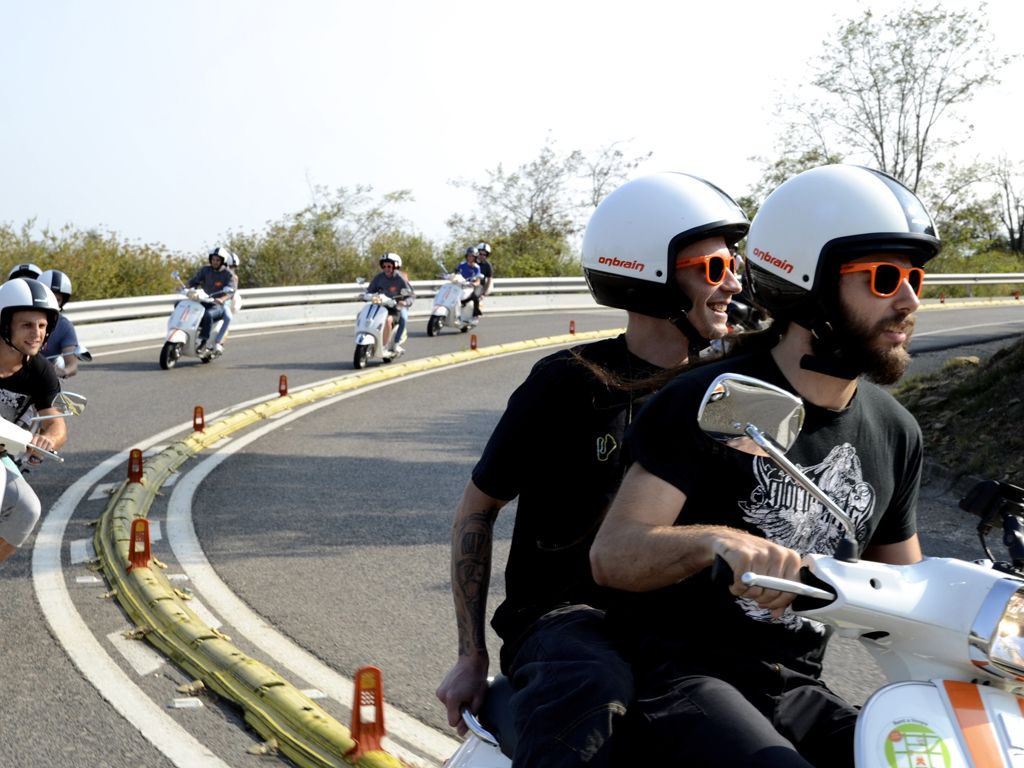 Let’s be honest, whoever travels during this time of year knows what theyâ€™re doing. Â So, avoid tourist chaos and enjoy the city in a more sustainable way.

With the rental of a vespa in Barcelona and our now famous GPS (let me tell you), programmed to show you less touristy places, we will take you through the most beautiful and less known streets of the city.

This is a fantastic opportunity to know what is Barcelona like in December. You will find many things to do: markets, concerts, sporting events and many other activities that with the rental of a vespa in Barcelona, â€‹â€‹Vesping will be happy to offer you.

Where to go in Barcelona in December

There are many markets and Christmas fairs in the streets of Barcelona, â€‹â€‹of which I spoke on a blog dedicated precisely to Christmas. But if it is necessary to repeat, here are the most exclusive markets during December.

The market of Santa Lucia in the Plaza de la Catedral is the oldest Christmas market in the city. With hundreds of stands, you can buy the most original decorations, such as the traditional caga tiĂ˛, a wooden miniature typical of Catalan Christmas. You will also find many exhibitions where you can taste local delicacies.

Los Reyes market, at the Gran VĂ­a. It extends for more than a kilometer and is dedicated to toys and cradles. La Sagrada Familia, besides GaudĂ­’s most emblematic work, is a typical Barcelona market. Here you will find, in addition to Christmas items, many products such as sausages, cheeses and honey at kilometer zero. 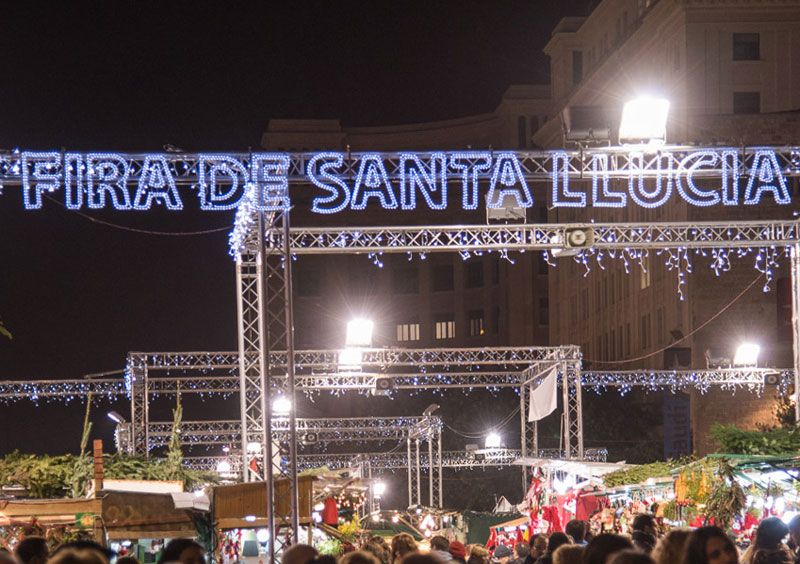 If you come to Barcelona with your family, you may be interested in the children’s festival at the Feria de Barcelona, â€‹â€‹which is the city of dreams, where besides a museum you will find many activities for children from four to twelve years. Here, your children can play as an engineer, bakers, cooks and may get some knowledge about energy and how to protect the planet.

It will take place from December 27th to the 30th. You cannot miss it! 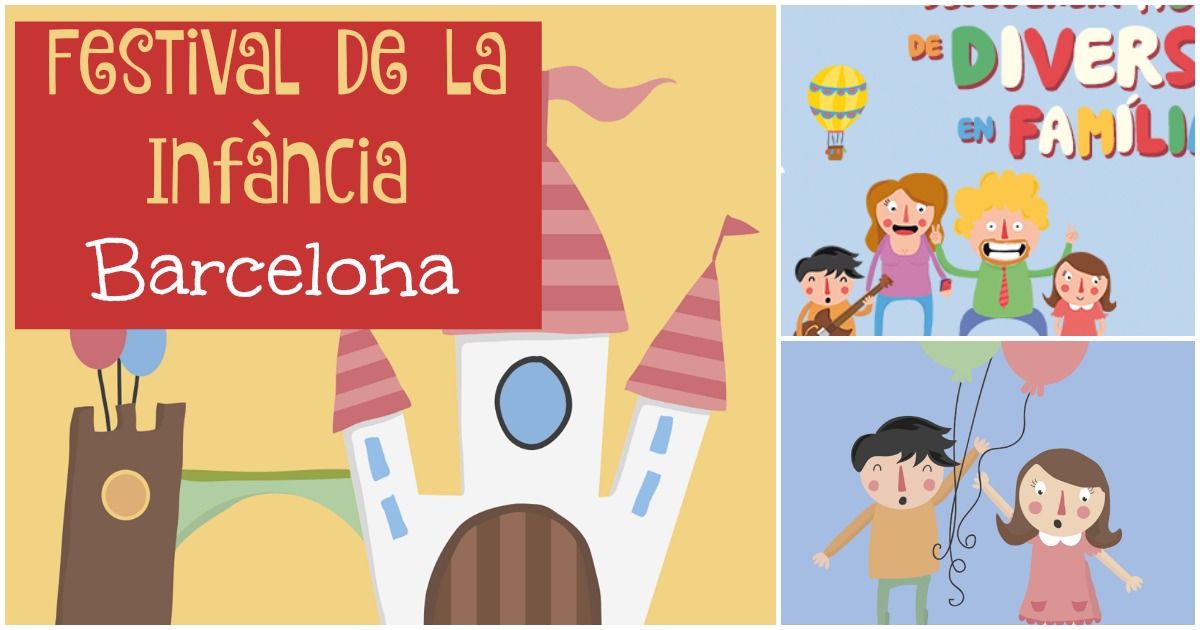 Also, do not miss the Christmas concert on December 13 and 14 at 8:00 pm, in the Paraninfo building of the University of Barcelona. It is a free event (until the room is full) that is repeated every year. It is the concert that begins the Christmas holidays.

On Saturday the 15th, at the Barts room located on Paralel Avenue, Bebe, one of the best Spanish flamenco composers, will be on stage.

You will have the opportunity to attend one of the best concerts of the year and immerse yourself in the original flamenco culture, without having to go to the flamenco shows that only show the facade of this dance.

I will be there personally in the front row with all Vesping staff. 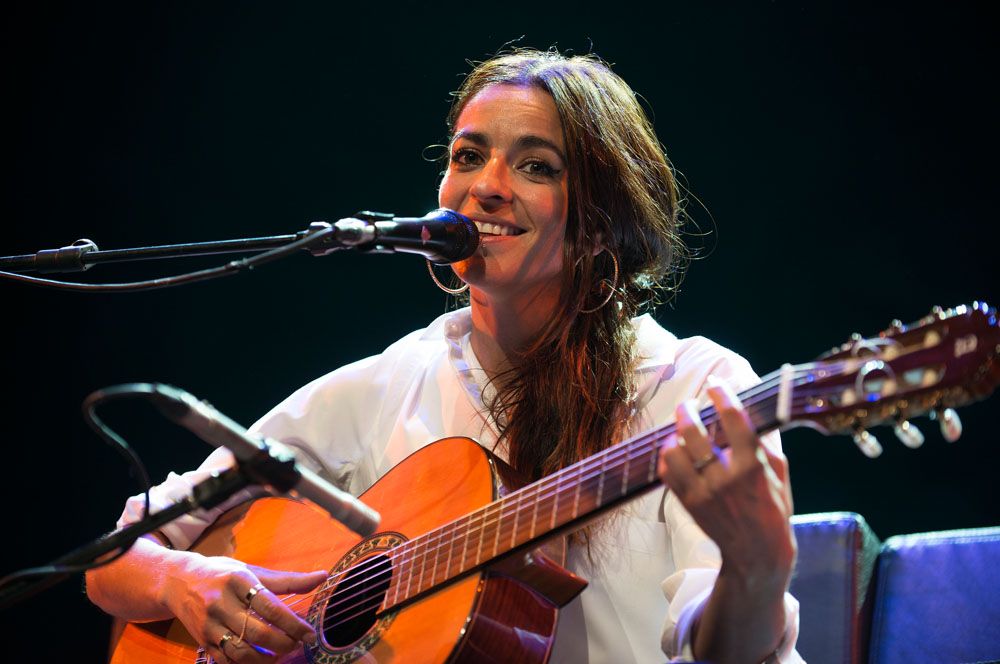 For football lovers, Vesping, with the vespa Barcelona rental, recommends the last two events of 2018 at the Cam Nou.

FC Barcelona, â€‹â€‹leader in the Liga de Barcelona and in the Champions League, will receive Tottenham at their stadium in a first game and then for a second game they will play against Celta de Vigo. There are still tickets available for the last two matches of Messi and his teammates.

The first match will be against the Spurs from the London district of Tottenham.

This match will give the team trained by Valverde the opportunity to confirm their leader in their group and keep FC Internazionale di Milano away. While in the second meeting on December 22nd, the Blaugrana will face the difficult team of Vigo. 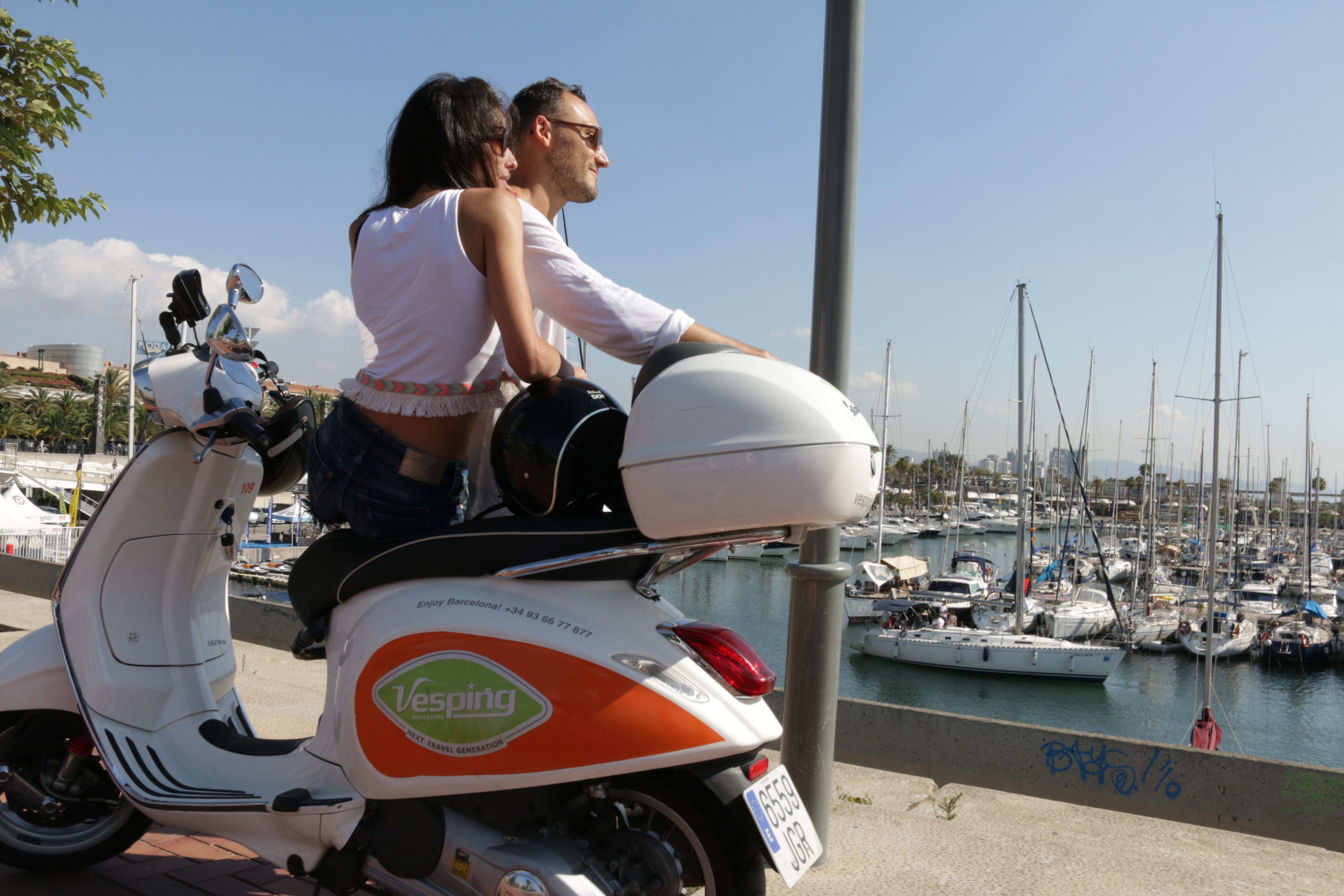 With the Barcelona vespa rental, click on the Cam Nou button and in less than 15 minutes you will be on the steps of the largest stadium in Europe to enjoy what is now called champagne football.

From the 5th of December to the 21st of the same month, you can go to the skating rink of the L’illa Diagonal shopping center to satisfy your desire to skate in the purest Scandinavian style.

Ideal, especially for the children of the house, the skating rink of L’illa Diagonal is located near the shopping center, near the terraces. It is one of the few skating rinks in Barcelona this Christmas. For only 5 euros the youngest (or you) can enjoy 25 minutes of ice skating.

L’illa Diagonal is the least touristy boulevard in the city. You can walk around there, and around the area, all day if you wish. 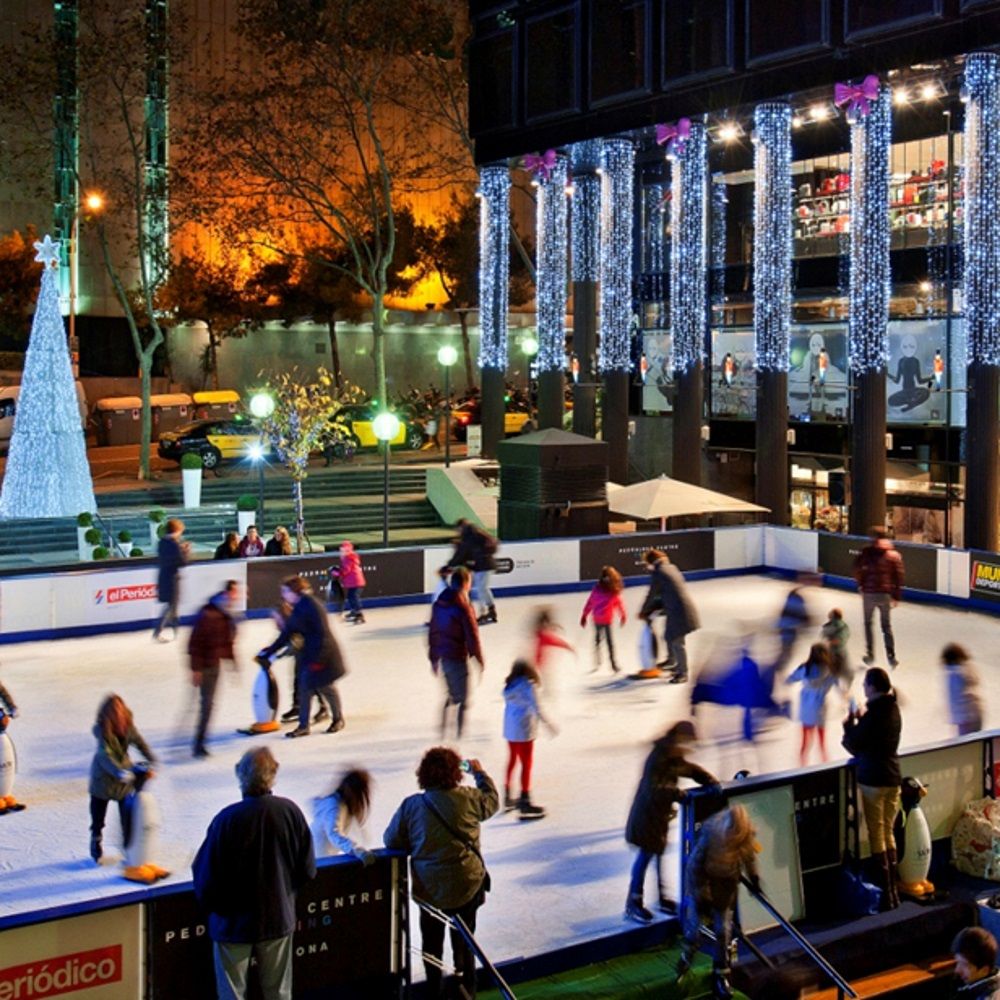 Surely you know many traditional Spanish dishes. However, we are sure that you have never heard of “calĂ§ots”

Well, let me introduce to you the one that represents the most original tradition of Catalan culinary culture. In fact, from December to March, in the local markets you will find this particular onion that is of great importance here in Catalonia.

Itâ€™s a very good and particular dish. The onions are grilled with a sauce prepared exclusively for the occasion. In Catalan culture, the calĂ§ots are the appetizer for a lunch that contains meat, always cooked on the grill. In Vesping, we recommend going to “El Glop” on Sant Lluis Street 24 in the neighborhood of Gracia. Itâ€™s an old tavern specializing in calĂ§ots and local wine “Priorat“.

As you can see, you have a lot to do in Barcelona in December. In Vesping, pioneers in renting of vespas in Barcelona, â€‹â€‹we have named and written about several options but there is still much to discover.

What about you? Will you let them tell you about it or will you come to discover it yourself?