Skip to content
Blog > What to do in barcelona > HIDDEN BARCELONA 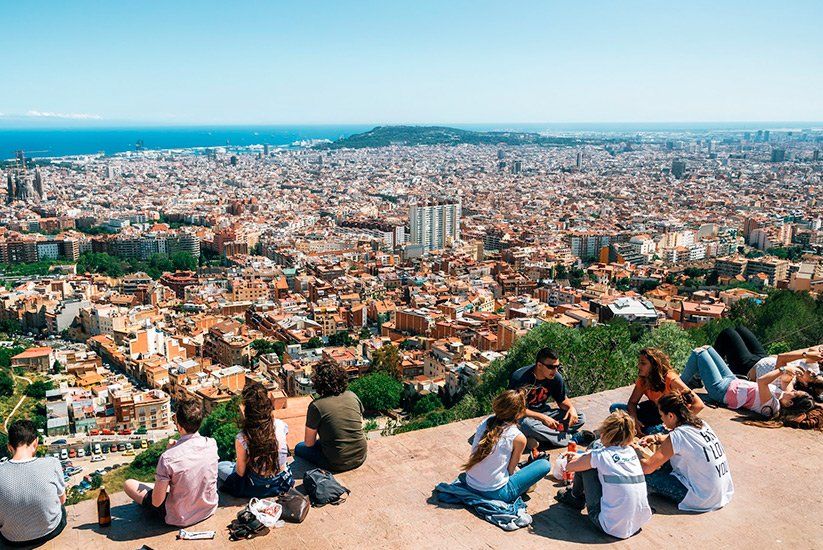 Barcelona is a magical city because, aside from the typical crowded places, it offers some hidden spaces that far surpass any expectations that someone can have about the city:

A bit of history: anti-aircraft shelters

The shuddering past regarding the Spanish Civil War leaves us the shelters where civilians hid to protect themselves from the bombings. Nowadays, the shelter below the PlaĂ§a del Diamant can be visited with prior reservation. Another refuge that is opened to the public is the â€śRefugio 307â€ť, which is located in Nou de la Rambla. These visits give goosebumps to anyone who enters them because of the depth at which the refuges are located, as well as for the cold and silence that reign in this piece of history. In addition, in 307 you can still appreciate some old rooms like toilets.

A library with the Statue of Liberty inside?

The fact that libraries are beautiful is indisputable, but what if they also contain a part of another country? The ArĂşs Library, located at number 26 of Passeig Sant Joan, besides of possessing the characteristics of a historical library and standing since 1895, contains one of the three unique replicas of the Statue of Liberty. Although smaller than the original, it is still a nice connection between Barcelona and New York.

History museum (and its surroundings)

The Barcelona’s museum of history, known as MUBHA, is located in a prominent square of the city: the PlaĂ§a del Rei. Admission is free the first Sunday of each month and every Sunday after 3 pm. Even so, it is not necessary to visit the museum to enjoy a unique visual spectacle: in the same place come together the Roman Barcino from the 1st century BC, the Visigothic Barchinona from the 5th century AC and the 13th century’s medieval Barcelona. In addition, there are medieval buildings that complete the visit, as for example the Saint Agata’s chapel.

It is one of the few viewpoints that does not have massive visits, especially during the week, and it has been declared Patrimonial Space. You can find this setting at the top of the famous TurĂł de la Rovira, which offers a 360Âş view of the city. An amazing chanche to contemplate the city as if it was a model, observing the great contrast between the neighborhoods that compose it and seeing on a small-scale everything that seems so familiar when you wander around the center of Barcelona.

Beautiful and essential, a labyrinth that helps you disconnecting and offering fun and beauty in equal parts. With fountains, sculptures and gardens inside, reaching the center is a difficult game to solve that will remain in the memory of those who visit it as the oldest garden in the city.

The most emblematic square of Poblenou. Built in 1851, it was the meeting place for fishermen and workers. It is one of the few corners that preserves the typical low houses of a seafront neighborhood where you cand find a peaceful environment and even an old fisherman’s bar turned into one of the best fish restaurants in Barcelona today (and with terrace).

There are endless more hidden and precious places to be discovered, specifically squares and parks to enjoy with the warm weather. All recommended places can be accessed with our Vespas, for an original and unique experience.