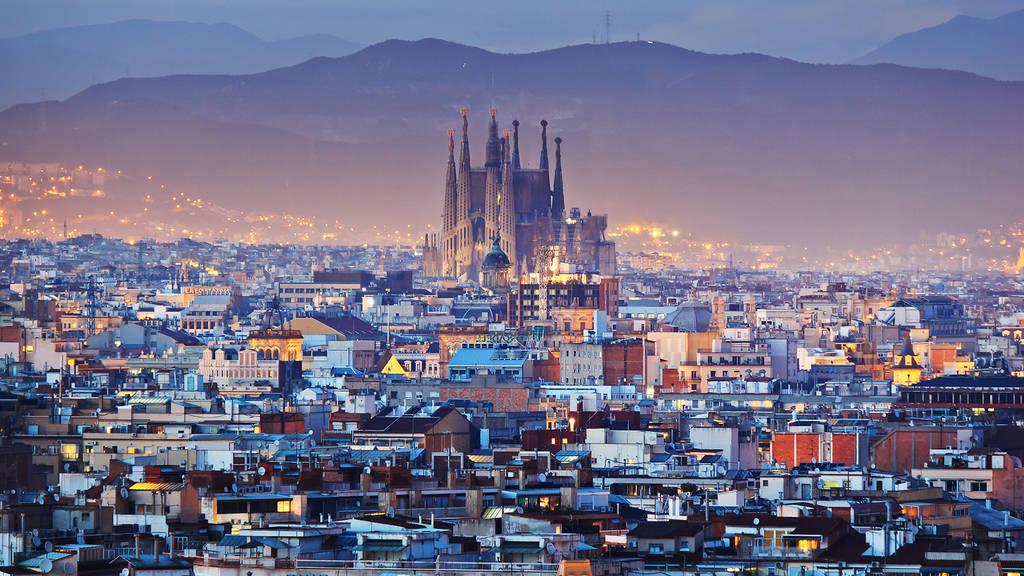 Located by the coast between the mouths of the rivers Llobregat and BesĂłs, Barcelona is the capital of Catalonia. The city hosts around 1.6 million people living in the sixth most populous urban area in the European area. While these numbers are quite amazing, there is one thing that no number can define, the beauty of Barcelona. It’s one of the most beautiful cities in the whole world and that’s why it’s one of the world’s leading tourist attractions. If you’re wondering what to do in Barcelona, there are literally hundreds of places that answer your question. There are so many historic places, architectural marvels and even UNESCO World Heritage Sites that folks are overwhelmed by all the places they have to see in their short vacation. So, in order to make the job of people asking the question “what to see in Barcelona?”, we’re going to be listing out five places that you definitely do not want to miss.

The BasĂˇlica i Temple Expiatori de la Sagrada FamĂˇlia or, more commonly referred to as Sagrada FamĂˇlia is a gigantic Catholic church in Barcelona that was designed in the 19th century by Antoni GaudĂˇ. The construction started in 1882 but, due to several reasons, the construction keeps getting postponed. To this day, the Sagrada FamĂˇlia in incomplete and will hopefully be finished by the year of 2026.
The reason why Sagrada FamĂˇlia is at the top of our list is that it is labeled as a UNESCO World Heritage Site. The designs from GaudĂˇ made this building so spectacular that even in its incomplete form, it’s just amazing to look at. If you’re going to be visiting Barcelona, Sagrada FamĂˇlia is a must-see place. Visitors can access the Nave, Crypt, Museum, Shop and the passion and Nativity Towers. The entrance to either of the two towers requires an advance reservation and ticket. You can ride up to the towers in an elevator, but you’re going to have to climb down on the three hundred stairs. The staircase is narrow and the government has put up signs advising folks with medical problems not to go up to the towers.

Park GĂĽell is a public park located in Carmel Hill, Barcelona. Carmel Hill belongs to a mountain range and that just adds to the beauty of the park. The idea of designing the park was pitched by Eusebi GĂĽell and just like the church mentioned above, the project was given to the architect Antoni GaudĂˇ. The construction of the park started in 1900 and took almost fourteen years to complete. UNESCO recognizes this park as one of the many works of Antoni GaudĂˇ and is named a UNESCO World Heritage Site because of it.

The reason why this park is so special is because of the park reflects the actual taste and style of GaudĂˇ. GaudĂˇ unleashed every bit of the architectural genius in him and created a park with an organic style like none other. The preliminary idea was to turn this area into a housing society, but only two houses were ever built before the idea was completely changed and Park GĂĽell was turned into a public park.

Casa MilĂ  or more commonly known as La Pedrera or The Stone Quarry is a building in Barcelona. Yes, you guessed it, this was the last residence designed by him during 1906 and 1912. The site was also declared World Heritage Site by UNESCO in 1984. It is currently being used as the headquarters to the FundaciĂł Catalunya La Pedrera which also organizes the visits of the day to day visitors. The funny thing is that the building was actually ridiculed because of how different it was from the rest of the buildings around town. People used to make fun of GaudĂˇ because he designed such a weird looking building. But, now it is treated with the utmost respect as well as recognized by UNESCO.

Gothic Quarter is the center of the old city of Barcelona. The quarter is the oldest part of the city and surrounds most of the old Roman walls and medieval landmarks. We don’t think that there’s any further elaboration required on why it’s a must-see place. If you’re wondering what to do in Barcelona, then a visit for this amazing medieval location is just what you need. Even a walk inside the quarter will be highly entertaining as the old labyrinth is still fully intact. There are churches, cathedrals, medieval walls and several other government buildings from back in the day.

This is another one of the masterpieces by Antoni GaudĂˇ and is considered the very best of his works. Antoni designed this place as a house but it was later remodeled to be used as a museum.

Like everything GaudĂˇ built, the ground floor has unusual styles. There are irregular oval windows and amazing sculpted work. The whole place is decorated with colorful mosaic made with broken ceramic tiles. The designs on the roof looks like the back of a dragon or a dinosaur. The common belief within the locals is that the rounded feature to the left of the center, terminating at the top in a turret and cross is the lance of Saint George who supposedly plunged it into the back of a vicious dragon.

Now that we’ve talked about everything we needed to in this article, we should tell you a bit about our company Vesping. Commuting in Barcelona can be quite difficult as most of the streets are made old school and are extremely narrow for a car. Instead of walking around the city, the best option for you is to rent a scooter in Barcelona! Here at Vesping, our company is providing scooters for a variety of different times from 2 hours to many days. Each Vespa is in great condition with the most affordable rates in the city and it comes with a GPS navigator that will make things easier while exploring the city! If you aren’t looking to tire yourself while wandering the streets of Barcelona, Vesping are just the people you should call.