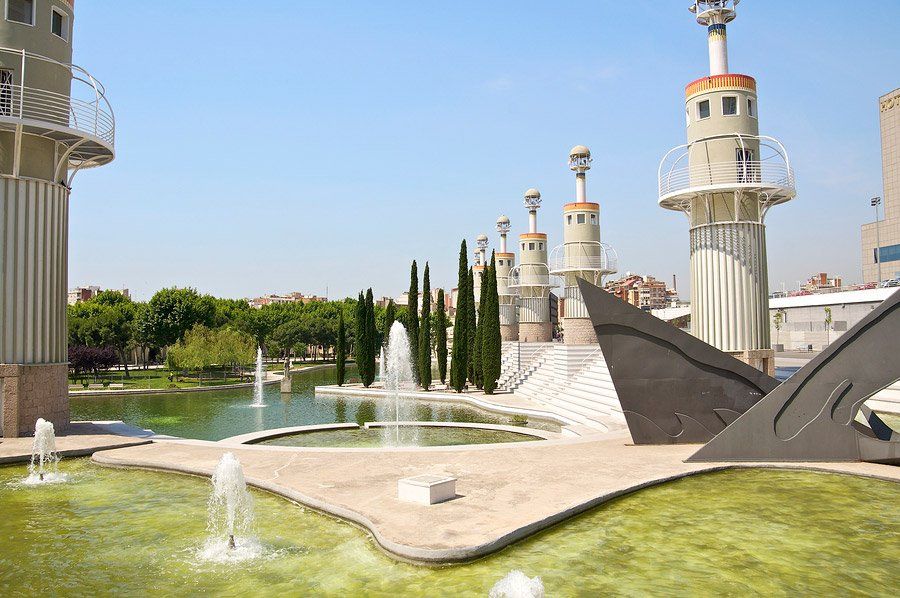 Before stood the first Spanish cotton company which gave its name to the Park: La EspaĂ±a Industrial. It was one of the most modern textil factories of its time. In 1969, it closed down and the land was sold. 26 years later the construction of the park began.

On the score of the Olympic Games of 1992, a large sport area called the â€śpolideportivoâ€ť was built in the actual Espanya Industrial Park.

A dragon and a boating lake

If you want to have a break far from buzzing Barcelona, you have well-chosen.

Buy food to the Sants Market and have a picnic with your family or your friends, landing in the grass of the lovely place. When you are having a rest, your kids can play with the dragon scuplture made by AndrĂ©s Nagel: the tail of this giant metal piece has been designed as a toboggan especially for them!

But what confers all its charm to the Espanya Industrial Park is its boating lake. Hire a boat and enjoy the view from the lake, in company with herons, red-crested pochards and a family of ducks which have take up residence here!

Another detail: the monumental towers standing on the top of the amphitheatre-like stairs are not prisonâ€™s ones like it could looks like but lighthouses!

Don’t miss the Neptune, Venus and Oxen of Pienty statues made for the International Exhibition of 1929.

How to get there