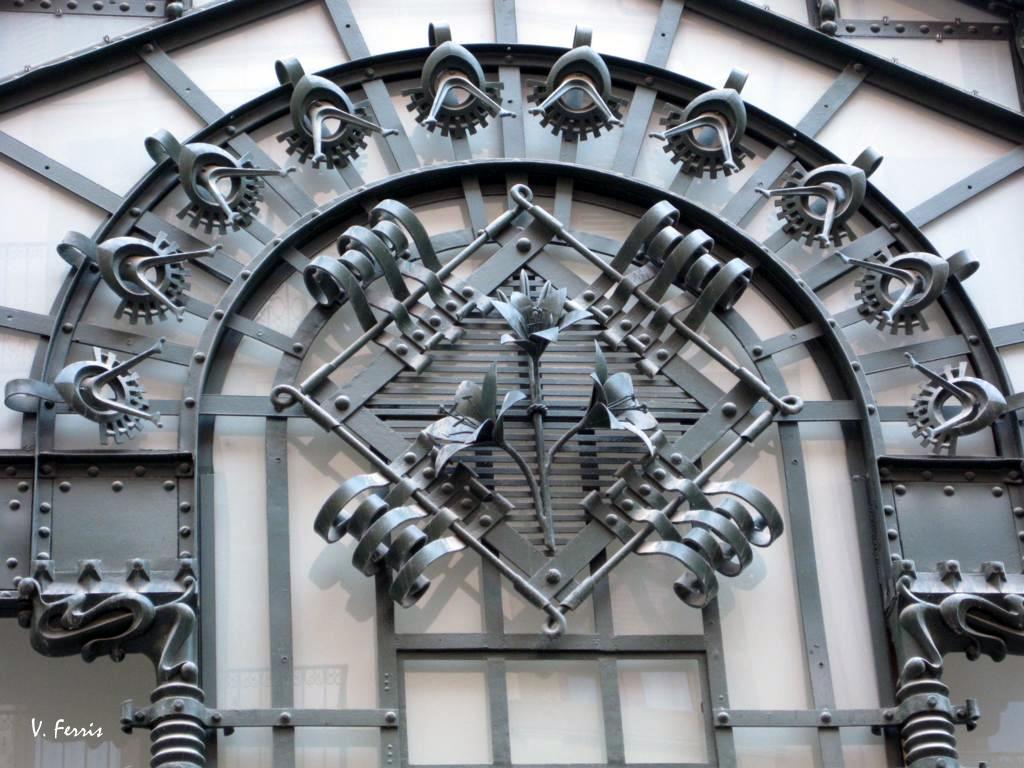 The Mercat de la Llibertat (Liberty Market) is located in PlaĂ§a de la Llibertat in the GrĂ cia district. It has driven thousands of people since it opened in 1888. The Mercat de la Libertat counts as one of the centenary markets of Barcelona! The place where the market stands today was formerly owned by a man who wanted to build houses and a square. Fortunately for us, he never managed to realize his dream. Indeed he run into difficulties with the local farmers who occupied the place to protect it. After this sitting, it was named: PlaĂ§a de la ConstituciĂł.

The Llibertatâ€™s construction work has been orchestrated by the municipal architect of the former city of GrĂ cia: Pasqual Tintorer. Have a look at the central part of the faĂ§ade of this wide high-ceilinged building all mad of iron and bricks. The modernist building also have touches of a GaudĂ­ admirer, Francesc Berenguer i Mestres.

The roof is made of black and red ceramics. In order to fight against the heat, it’s creators had an ingenious idea, they put several panels at the top of the iron structure to help the air circulating and ventilate the market.

Even after many renovations of the building, you can still notice the modernism touches it has had from the very beginning.

When entering the Llibertat market, you’ll be facing a central aisle bordered with two lines of stalls, all coloured and full of aroma. You can easilly buy fresh fruits and vegetables.

How to get there?