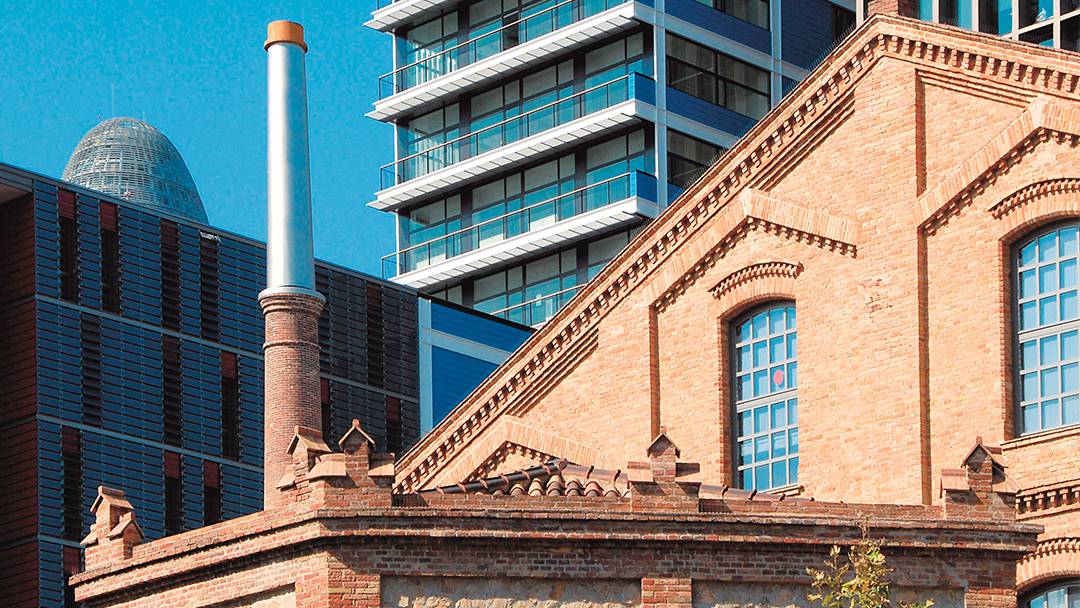 22@ is a huge urban project launched in 2000. The aim was to renovate the district of Poblenou in Barcelona and turn it into a business and innovation district. A new district was born, mixing technology and innovative companies with green areas.
Follow the Beach Tour to Poblenou

Agbar tower was built in 2003 as part of this city renovation project. The French architect Jean Nouvel was asked to design a building to consolidate the Barcelona Water companyâ€™s offices. The tower symbolizes a water geyser, inspired by MontjuĂŻc hill and GaudĂ­â€™s catenary arch.

The same architect also designed the New Central Park of Poblenou in 2008 in order to preserve the environment. Numerous varieties of flowers and trees are living in this green lung.

In this futuristic area you will also find the Barcelonaâ€™s Auditori, a musical complex of three concert rooms where the audience can listen to a large variety of music. The Auditori also hosts the Catalonia Music School and the Music Museum. In this museum you will be able to discover the most important guitar collection and more than 500 other instruments. You can even play some of them!

Hidden in a greek temple: the National Theatre of Catalonia is composed of three theatres where up to 900 people can enter. They also organize Spanish plays and dance shows. Take the lift inside the theatre, it will bring you to a nice restaurant. In front of the TNC is the PlaĂ§a de les Arts, where there sometimes are open-air shows.